On to Arnhem, the location of Operation Market Garden during World War Two which featured in the film, “A Bridge Too Far”.

The bridge has since been rebuilt and renamed “John Frost Bridge” after Major-General John Dutton Frost (1912–1993), commander of the British airborne forces that reached and defended the bridge during the Battle of Arnhem in September 1944. Villa Hartenstein in Oosterbeek, used as the British headquarters, is now the Airborne Museum. 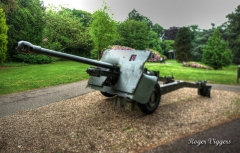 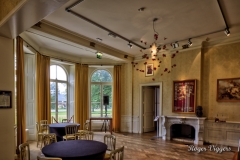 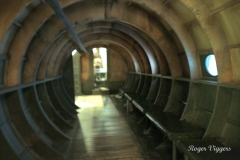 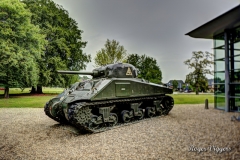 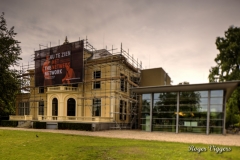 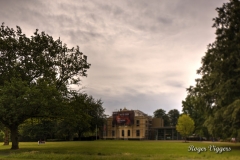 A friend living in Detmold and I returned to the Open Air Museum visiting the bits we missed a couple of years ago. We got the timing right (for a change) as the rain announced it was on its way as we were looking at the last exhibit and it held off the heavy stuff until we were back in the motor.

The following morning I left Detmold and had a gentle drive towards Bremen travelling as far as Sulingen where there’s a pleasant Wohnmobil Stellplatz or motorhome stopover (in France, “Aire de Camping Car”).

In Bremen’s Am Markt at lunchtime I met up with a motorhome couple, Allan and Ellen Roberts. We had a pleasant chat and a beer and a bratwurst. Also in the square is one of the Roland Statues https://m.bremen-tourism.de/roland-statue. After that, I crossed the River Weser for a tour of Beck’s brewery. Although they have tours every day, on Saturdays some are in English.

I stayed outside the brewery overnight before heading for my next planned stop beside the river in Hamburg.

Whilst trying to drive directly to Hamburg avoiding motorways, the village of Heeslingen bestrode my path. We complain about roadworks in the UK but I’ve never seen an A road closed with no obvious diversion. There is a cross roads where a roundabout was being built. That too was closed so I had to backtrack and find a way past on country lanes.

When I got to the Hamburg location it was a vast cobbled area and sweltering. There were lots of people about making it impractical to open the habitation door for ventilation so I drove on to the village of Moorrege finding parking at a lakeside recreational facility.