My first visit was to Gdansk, the city at the root of the overthrow of communism in eastern Europe. Anna Walentynowicz was sacked from her job in the Lenin Shipyard which led to the founding of Poland’s first independent trade union, Solidarity. The government resisted imposing martial law and other restrictions. Eventually most of the country was on strike, there were elections and a non-communist government was elected. Other communist bloc countries followed Poland’s lead, including Russia.

There is now a museum telling the story housed in a modern building designed to reflect the products of the shipyard adjacent to which it stands.

Gdansk has a mixed history being controlled by a number of different countries since its founding over a thousand years ago.  It has always been a major trading port and the city reflects the external influences that brings about. The old town was almost flattened during WW2 but has been superbly restored.

The Nazi camp near Treblinka, Poland consisted of two separate units located in a forest north-east of Warsaw, 4 kilometres (2.5 mi) south of the Treblinka train station. Treblinka 1 was a forced-labour camp (Arbeitslager) whose prisoners worked in the gravel pit or irrigation area and in the forest, where they cut wood to fuel the cremation pits. Between 1941 and 1944, more than half of its 20,000 inmates died from summary executions, hunger, disease and mistreatment. Treblinka II, was the extermination camp. During the period 23 July 1942 and 19 October 1943, it is estimated that between 700,000 and 900,000 Jews were killed in its gas chambers along with 2,000 Romani people. More Jews were killed at Treblinka than at any other Nazi extermination camp apart from Auschwitz.

Warsaw is the sprawling capital of Poland. Its widely varied architecture reflects the city’s long, turbulent history, from Gothic churches and neoclassical palaces to Soviet-era blocks and modern skyscrapers.

Over 400,000 Jews were imprisoned in the Warsaw Ghetto. Many were transported to Treblinka and other extermination camps while others died of malnutrition and disease. People were so densely packed in that that over nine individuals occupied each room. In 1943 the people rebelled using smuggled weapons and explosives. The uprising was suppressed and the ghetto razed to the ground. The only structure remaining is a small section of wall hidden between two Soviet built apartment blocks. It can be viewed through an entrance at 62 Złota.

In the 1950s the area was rebuilt in accordance with the Soviet building style then in vogue. Those buildings are now being replaced by modern structures.

The city’s Old Town was restored after heavy damage during WWII. Its heart is Market Square, with pastel buildings and open-air cafes. The statue of the Warsaw Mermaid at its centre is the city’s symbol.

During WW2 the 2nd Polish Corps fighting in Italy used the Mermaid as their emblem. British units, including 1st Household Cavalry Regiment, the Queen’s Own Hussars and others were awarded the privilege of wearing the Mermaid in recognition for their service.

Lodz became an important weaving centre as early as 1820. A century later it already had 677 textile factories, employing a total of 66,800 people. Many of the industrial red-brick buildings have survived until our times. After years of crisis following Poland’s democratic transition, Lodz is getting back to its old self. The city’s textile industry employs over 31,000 people, and its research centres keep coming up with modern textile design solutions.

The Central Textile Museum is housed in the  White Factory, an Italianate building constructed in 1835-1839 to house a textile factory belonging to Ludwik Geyer. It is considered a fine example of early industrial architecture in Łódź. The building is located at the southern end of Piotrkowska Street.

Auschwitz-Birkenau was the largest of the Nazi extermination camps in Poland. Over 1,100,000 Jews were murdered by means of Zyklon B gas. It was equipped with several extermination facilities and crematoria.  It was one of a network of camps in the area.

Białka Tatrzańska is near Zakopane in the Tatra mountains near the border with Slovakia. It is a popular area with winter sports enthusiasts and the economy reflects that.

Still in the Tatra mountains is the village of Kościelisko with it’s petrol station quite unlike anything I’ve seen before.

A little tip for anyone travelling abroad, not all brand names are for similar products. 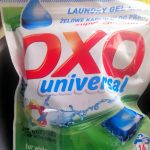